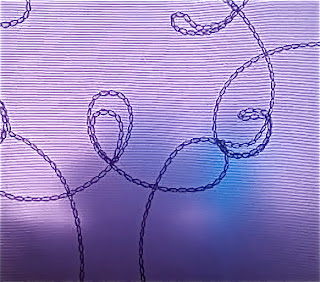 What we will find behind the curtain of tonight's New Year?
Pull it back, take a peek and see what you find...
*Photo taken with Sprint HTC EVO cellphone
Posted by Pink Bayou at 10:54 AM No comments: 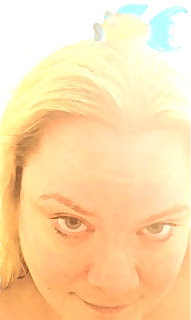 This is what happens when I shower while trying to balance a fish on top of my head and take a photo with my cell in the other hand.  This is also what happens when I play with the buttons on my photo editor.  I like effects and making things look funky, so get used to it.

I am already having trouble thinking up ideas for this project.  I keep thinking it has to be "perfect" and the shot has to be "as good as" or "as unique" as those my friends are posting on their pages.  I am going to have accept that I don't have to be perfect (new concept to me).  I mean, I'm a novice, how could I be perfect???

I am just going to do my best and if I have to post a picture of the fish just sitting on top of my table one day, so be it.  As long as I can play with the buttons on my photo editor I am sure I can make it interesting.

Email ThisBlogThis!Share to TwitterShare to FacebookShare to Pinterest
Labels: Shower 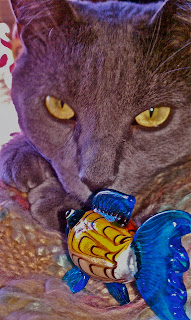 "You gain strength, courage, and confidence by every experience in which you really stop to look fear in the face. You are able to say to yourself, 'I lived through this horror. I can take the next thing that comes along."
~ Eleanor Roosevelt

Email ThisBlogThis!Share to TwitterShare to FacebookShare to Pinterest
Labels: Fear

....that the majority of my photos of the little glass fish (aka "Ralph") will be taken not with a nice camera, which I have, but with my Sprint HTC EVO cell.  This allows me to do two projects at once: (1) photo the fish and (2) create "simple photography" with a cell phone.  I've seen several displays of IPhone photography, I want to see how far I can push things with my EVO.
Posted by Pink Bayou at 8:44 PM No comments: 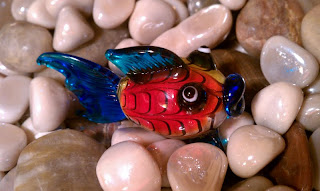 Meet Ralph the Fish, the subject of my 365 Project.  I figure, since everyone else seems to be doing a project, why not me?  Plus, it gave me a reason to justify the purchase of this little fish, which I've been coveting for a while now.  Hopefully, over the next 365 days he will be having more fun than his manufacturers could ever have imagined, as the goal is to photograph him in a new environment everyday during the next year. Being a true Gemini who doesn't stick with one project for any extended period of time, this may prove to be a daunting task.  However, I'm up for giving it a try.

For now, let me tell you about Ralph...

"In Chinese, the word for fish also means "abundance."  The fish are considered to be good luck in the having-it-all department and our little finned friend is no exception.  Using a special glass technique, skilled Chinese artisans have created an iridescent, multicolored sheen resembling fish scales on the body, leaving the tail, fins, eyes and mouth a crystal clear, aquatic blue.  If you're not abundantly happy just gazing at it, we'd be mighty surprised."  (At least this is what the insert that came with him noted about his origins!)

Pink Bayou
“We don’t see things as they are, we see them as we are.” (Anais Nin)

Need inspiration for your own project, check out:

Ralph wants you to help save the manatees: